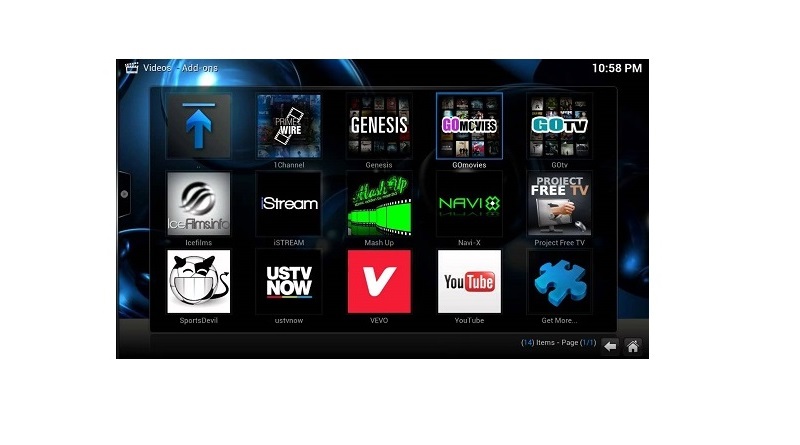 The system is everything. Even the best hardware is nothing if you don’t have good software. Many manufacturers of computer equipment and audio video have already burned down on it. The functionality and convenience of using our multimedia center will depend on the system. The selection is large and we have a wide range to show off here. I would like to divide multimedia systems into two basic groups: stand-alone systems and server-client systems.

The stand-alone system is a player – a multimedia center that uses its own data storage or a network resource. Each system has its own separate data library that is configurable. If we use a network resource, e.g. us disk, then the library must be refreshed on each player. An example of such a system is, for example, Kodi (and its derivatives) or Media Portal.

The client-server system is built of a central machine called a server with a multimedia server application installed. The server has a data warehouse and the multimedia library is configured on it. Access to libraries is obtained using client devices, it can be a computer, e.g. HTPC, smart TV or smartphone. A client application is installed on these devices that connects to the server and accesses the library. The advantage of this solution is synchronization. The library is on the server and is configured once, and each device accesses the same data. This is a better solution if you intend to access the library from multiple devices.

The legend system and the most popular media center system. The system is derived from the Xbox console, in 2002-2003 known as the Xbox Media Player, a year later renamed the Xbox Media Center, in short XBMC. It was created to enable the launch of the homebrew application and to play music and movies. It gained more and more popularity and to port on more and more devices. In 2014 the name was changed to Kodi. The program is a multi-platform multimedia center for playback, video, music, photos, it has the ability to install various additional plugins, e.g. for online VOD services. The program has a manager used to download information about a multimedia file from the Internet. The current program version is 18. Up to version 14, the program was available as a separate distribution of XBMCbuntu / Kodibuntu. Currently it is available for windows, macOS, linux, iOS, android and on various STB devices (multimedia network players). This is the first choice of the majority and gives the most possibilities and convenience. As the topic concerns HTPC we will be interested in the windows or linux version. The windows version has a classic installer. The linux versions are installed depending on the distribution. As Kodi is derived from ubuntu, the most guides are for the kodi version on ubuntu.

I will treat these systems as one because they are very similar and LibreELEC is derived from OpenELEC. OpenELEC was created as a kodi distribution based on Linux, but devoid of everything else. There are no other programs, access to the desktop and console. After installation, kodi starts immediately and we only have access to kodi. If we want to configure or install something, we must connect to the system remotely using another device. Recently, the LibreELEC community and support has grown at the expense of openELEC, resulting in fewer bugs, better support and more frequent updates at LibreELEC. When deciding on such a system, let’s use LibreELEC.

The system is a bit underrated, partly due to the availability of windows systems only. The source code is derived from the old XBMC, although it has been completely rewritten and does not resemble Kodi in any way. In addition to playing video and audio MediaPortal after equipping the computer with a TV tuner allows you to watch TV. It supports both terrestrial and satellite TV tuners.

Myth TV is a media center application for linux systems. It was supposed to be competition for XBMC, but it is much poorer in both functionality and appearance, which is why it did not have a chance to achieve such success. LinHES is the successor of KnoppMyth, but is based on Arch linux with the myth TV overlay.

There are several other media center systems, but they are no longer supported, such as Kodibuntu or Mythbuntu. The same fate befell GeeXboX, also based on kodi. There is still MCE linux, but the latest version is also from a few years ago, and the appearance itself scares off.

There is one king in the group of media center systems – Plex. Nevertheless, there are several other systems worth noting, such as Emby.

Plex is the most popular and free server. Also derived from the XBMC project. We install and configure Plex on any server, then by connecting to the server you can watch movies at home or away from home via the Internet. Plex also supports transcoding. Plex, like kodi, has a manager for downloading information about a multimedia file from the Internet. The popularity of plex has meant that plex players can also be found on smartphones and smart TVs. The server itself is free, but for example the Android application that allows video playback is already paid. Fortunately, it is inexpensive and one-time payment is enough, you do not need to buy a paid subscription.

Plex’s biggest competitor is Emby Media Server. Like plex, it has a paid plan and a free one, but in the case of android applications, subscription is required to watch video.

Jellyfin is probably the only completely free alternative to Plex and Emby servers and offers similar capabilities. However, it is less widespread and popular.

It is a media center software with an interface similar to iTunes. Collects positive feedback because of the sound quality when working with DACs.

It is a DLNA, UPnP and HTTP / S media server. Derived from the program PS3 Media Server is free.

I presented some interesting programs. Personally, I use Kodi installed on Ubuntu Linux myself. I just sometimes need to use a browser or computer, clean up the kodi library with MediaElch and do it in Ubuntu.

However, I am thinking about switching to a Plex server. Its access options from various devices are tempting.