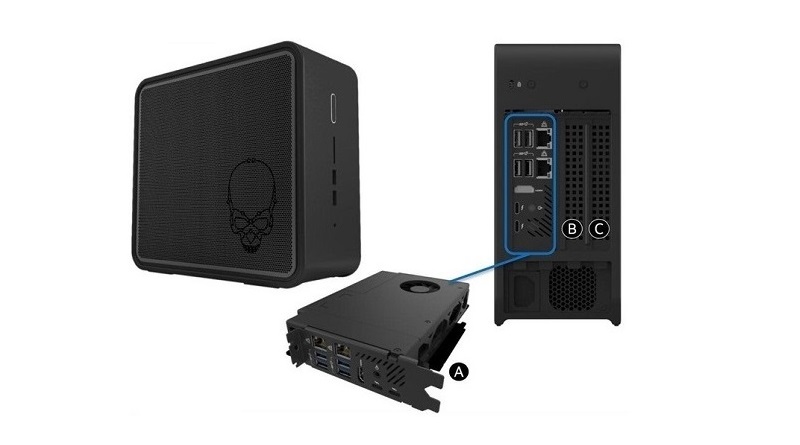 A few weeks ago, technological media spread information about a conceptual, small, modular Intel computer. Now the first tests and photos of the device began to appear, so we can see how NUC looks from the inside. It also looks like the new NUC (Next Unit of Computing) is using an Intel module called “The Element,” which was released earlier this month. 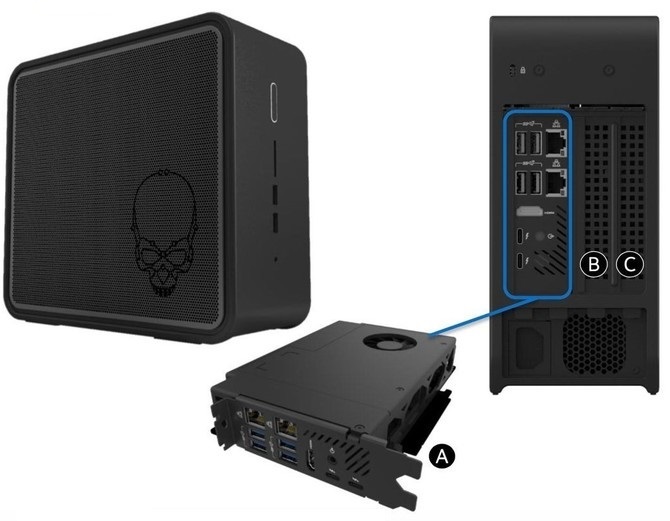 What makes this computer stand out from the crowd is its structure. The motherboard has been divided into two parts, of which the main fragment is hidden in a module called “Element”. It resembles a graphics card with a fan, but in reality a processor with a network card, SO-DIMM modules for DDR4 RAM and two M.2 slots for SSDs are hidden inside. The second part of the motherboard has only two PCI Express slots. The “Element” module is connected to one, the other slot is free and a graphics card can be installed there. 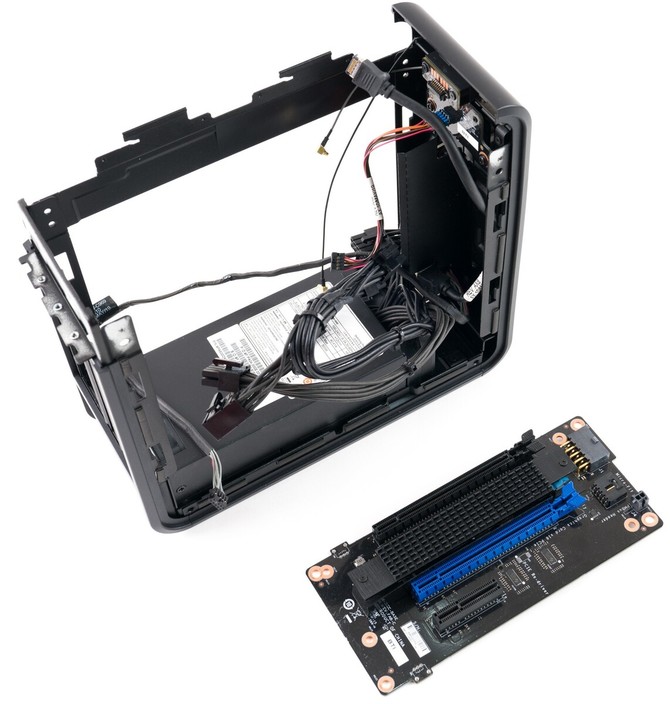 What distinguishes NUC Ghost Canyon from other NUCs offered by the manufacturer are greater configuration options. The module referred to as “Element” is to be sold separately by the manufacturer. This increases the possibility of replacing the processor in the future, considering that the H series circuits are soldered to the motherboard, and not placed in the LGA socket. In addition, it is possible to install a graphics card in the ITX standard. 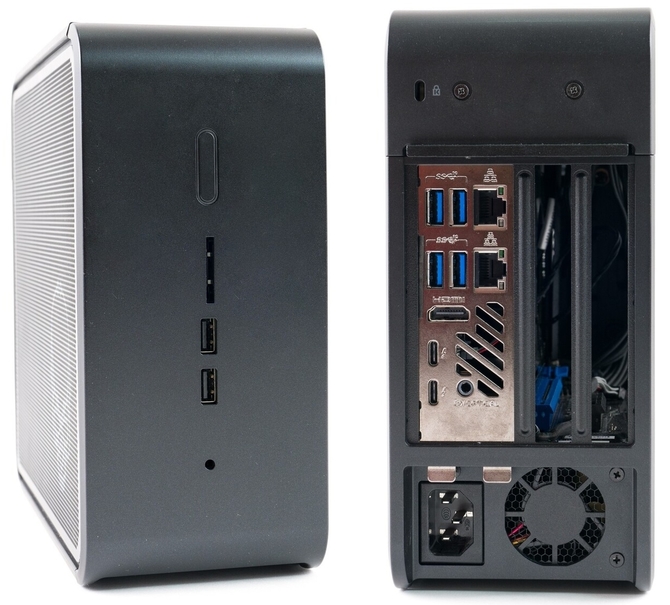 Intel NUC Ghost Canyon is equipped with two Thunderbolt 3 ports, four USB 3.1 Type A Gen.2, two Ethernet RJ-45 network ports and a digital HDMI 2.0b port. In addition, there are two more USB 3.1 Type A Gen.2 ports on the front, an SD memory card reader and a 3.5 mm audio jack.

A 500W power supply is also mounted on the bottom. It is not known when the equipment will go on sale, as well as the price is currently unknown NUC Ghost Canyon.