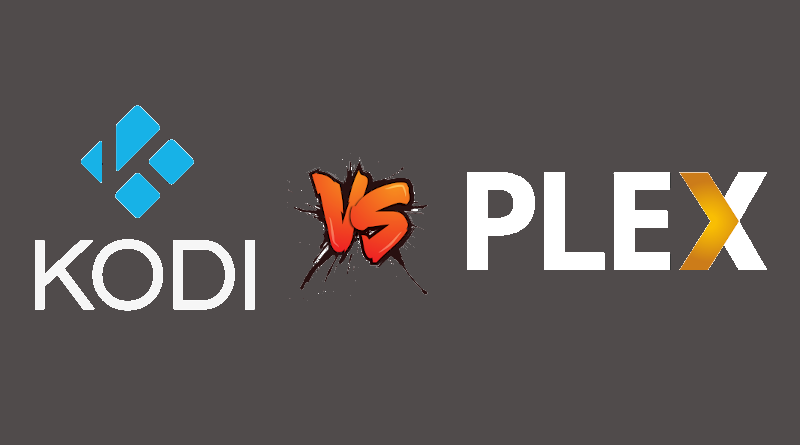 Some time ago, in the article Choosing a media center system, we discussed the topic of choosing a system for a multimedia center. Today I would like to focus in more detail on the two most popular of them, namely Kodi and Plex.

Kodi made his debut in 2003 as XBMC replacing the Xbox Media Player from the Xbox. It gained immense popularity and was ported to many devices.

Plex also comes from the XBMC project and debuted in 2008 as a media center application for Apple Mac computers.

What is Kodi and what is Plex?

Kodi is a stand-alone application of the multimedia center and libraries is managed by the target device. It is possible to synchronize the library in the local network using the MySQL server. Kodi is an open source application and its interface is highly configurable. There are many skins available to change the look according to your preferences. Countless plugins have been created to extend the functionality of the program. Some plugins allow access to movies from illegal sources, hence the unwillingness of some equipment manufacturers to this application.

Plex is a server-client system. The heart of the system is the Plex media server application located on the server and sharing the library both in the local network and outside it. Access to libraries is possible via the internet from anywhere in the world. The library on the server is managed using a browser. Access and playback of materials is possible on target devices using the application and through the browser.

Both systems are available for a wide range of devices, but in this respect Plex is better, which is available on Windows, linux, Mac, Android, iOS and Apple devices, Roku, Amazon Fire TV and most smart TVs. Kodi is officially available for Windows, linux, macOS and Android. Due to the pirate patch, it is not officially available on apple and amazon sklap, however, you can install it on Fire TV, Apple TV as well as smartphones and tablets with iOS, although it can cause some difficulties. Kodi can be installed can be only installed on smart TV devices with Android TV.

Both players have practically all materials available on the market. In the case of Kodi, limitation for some devices may be the requirements of the 4k format in HEVC format. Plex offers on-the-fly transcoding of materials to lower quality formats, e.g. 720p. This is done on the server side and the server must meet the requirements of the formats being played. Therefore we can view library materials on virtually any device.

Access to full Plex functionality requires a Plex Pass subscription. Besides the official application for Android and iOS systems to play movies from the library requires the purchase of a one-time application or Plex Pass.

File sharing is different in both programs. Kodi does not share files between devices by default. A separate library is configured and managed on each device by default. However, it is possible to share the library in a local network in several ways, e.g. using a samba server, PnP or MySQL. Sharing using a MySQL server is the most difficult to configure, but it supports library synchronization on different devices in the local network, just like Plex

Plex is a server-client system. The library is located on a server device, to which we have access by logging into your Plex account. The library can also be made available outside the local network and then you can connect to it from any location, e.g. via a smartphone or a web browser.

Both Plex and Kodi use metadata to present movies and music in the best possible way. They automatically search for episodes, albums and movies to provide covers, summaries, and ratings.

Plex surpasses Kodi in practice. They pay for access to licenses for the most complete media database on the Internet, so we always have up-to-date information. Kodi uses a free alternative and although it is constantly improving, sometimes you miss information and you have to add it manually. Especially for serials. Plex is also doing better with a very large library. There are jams sometimes in Kodi.

Both programs allow the installation of add-ons / plugins to extend the functionality of the programs. In this respect, however, Kodi rules, where the number of plugins is counted in hundreds or thousands. Various plugins are available, e.g. for downloading subtitles. However, plugins for VOD services are the most popular, but many of them are sites with illegal content. There is even a Plex client plugin. In addition to plugins, you can install various skins that change the look.

Plex also offers access to its own VOD platform. Depending on the country with different content. In Poland, the content of this library is not dazzling, mainly some old movies and series.

Verdict – which is better

The answer to this question is not clear. Despite the fact that both programs offer the same, one in a significantly different way. Below is a brief summary of what program offers.

Kodi – you should choose if you:

Plex – you should choose if you:

There are many topics on the web about what is better. For most, for audio and video playback on one device, Kodi will be a better choice because of add-ons and personalization. Plex will be the choice for those who use different devices and would like to have access to their library via the Internet. The free plan will also be sufficient for free use. There is a third option – Kodi + Plex symbiosis. In the local network we use Kodi, also having a Plex server installed on the server which will be accessed via the internet outside the home.

Kodi is my choice. I use plugins to download subtitles which I do not have in Plex. The library synchronization in Kodi also works on the local network. I don’t use the library outside the local network, so I don’t need Plex. However, I know that if I need it they can take advantage of its possibilities.